The soundtrack to ... And they never came back

And they never came back - Film music for the Western film by Brandl Pictures, UMOS

The soundtrack to the independent Italian western film in an exciting atmosphere. I composed the soundtracks for this film. 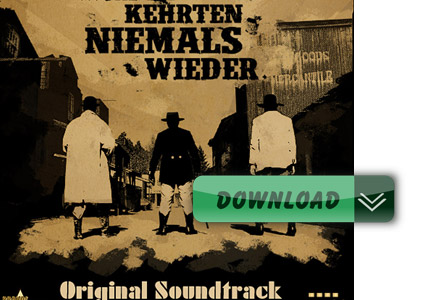 If ordering by e-mail or if you have questions send a message info@dreamweaver.at!

And they never came back - Film music

These songs are the original soundtracks for the film. This independent western film tells a multi-layered story on several time levels. This music pack offers you the film music and songs for western film: ... and they never came back.

The scene is America after the civil war, where racism and violence still rule. A former slave has a career as a politician and falls victim to an intrigue. A bitter bounty hunter seeks revenge. And a man wakes up in the midst of dead bodies without knowing what happened. Although they apparently have nothing to do with each other, their paths will intersect in a dramatic way. More information about the film at www.brandl-pictures.de and UMOS Productions.

I would appreciate it if you like my music and use it as background music in your projects, videos or websites, or just enjoy my instrumental music. more music albums